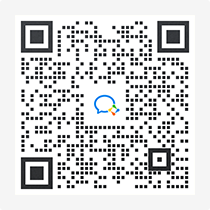 British and American English are different in many ways. The first and most obvious way is in the vocabulary. There are hundreds of different words which are not used on the other side of the Atlantic, or which are used with a different meaning. Some of these words are well known-American drive automobiles down freeways and up with gas; the British drive cars along motorways and fill up with petrol. As 2 tourists, you will need to use the underground in London or the subway in the town by taxi (British) or cab (American).

(1)Students can know the difference in vocabulary between British and American English.

(2) After this lesson, students can use the parallel structure to express sth in contrast.

(3) Students are able to show interest in learning English.

Key Point: master the difference in vocabulary between British and American English.

Difficult Point: use the parallel structure to express sth in contrast in daily life.

1. Play two speeches, one speech in British English and the other in American English, and ask the following questions:

① Are there any differences between the two speeches?

② Why there are so many differences?

2. Invite several students to share answers, and point out the title of this lesson.